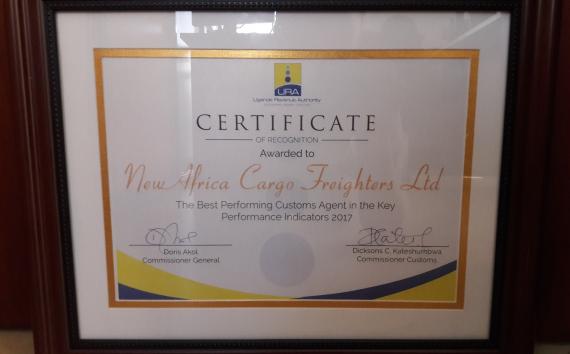 The key indicators and parameters that were considered by the Uganda Revenue Authority in awarding New Africa Cargo Freighters as the best performing in 2017 included:

New Africa Cargo Freighters would like to extend their sincere appreciation for the continued support of UFO members. Congratulations from the UFO Head Office!

We distribute a quarterly digital newsletter